When Lawrence Criscione asked a Nuclear Regulatory Commission review board last week to reopen an investigation of an incident at AmerenUE’s Callaway nuclear power plant in Missouri, the nuclear engineer expressed no hope that the federal agency would honor his request.

“I believe the decision has already been made that this petition will be bureaucratically [limited] to the investigations already performed … in spite of the fact that significant questions concerning the honesty and integrity of the uppermost management of a commercial nuclear power plant are still unanswered.” Criscione said. 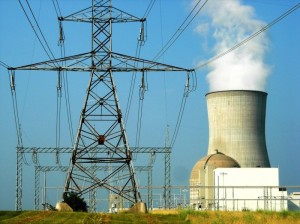 The incident occurred on Oct. 21, 2003, but went unreported until Criscione, a former senior reactor operator at the plant, discovered evidence of the mishap in 2007, as a part of a review of previous shutdowns at the plant.

Criscione, who now works in the NRC’s Office of Regulatory Research, alleges that the NRC-licensed operators at the plant failed to recognize for more than an hour that the reactor had shut down. As a result, control rods normally used to stop nuclear fission remained withdrawn for nearly two hours. Instead of inserting the controls rods in compliance with safe operating procedures, Criscione alleges plant operators inadvertently allowed the nuclear reactor to passively shut down through a build-up of a radioactive fission byproduct that was fortunately present in sufficient quantities to prevent a more serious incident.

“The fact that luck and plant design prevented an adverse condition from occurring does not absolve the fact that the plant was operated in a manner outside of its procedures and after seven years the plant management has still not addressed it,” Criscione said. “Can the public trust Ameren to be open and honest?” he asked.

An initial investigation by the NRC faulted Callaway operators for imprudence and mismanagement but did not penalize them because the plant’s operating procedures did not specify when control rods had to be inserted. As first reported by FOCUS/midwest nearly a year ago, the NRC halted further inquiry into the incident after Ameren paid $500,000 to induce Criscione to resign in late 2007.

The NRC currently employs Criscione as a risk and reliability engineer in its Office of Research. But he appeared before the agency review board as a private citizen. Criscione is asking the regulatory agency to order Ameren to turn over information that could resolve unanswered questions about the event.

“This event was covered up until 2007 and is still not acknowledged today,” Criscione told the review board during the hearing Dec. 13 in Rockville, Md.

“This incompetence must be acknowledged and its source must be addressed. … In nuclear power, covering up mistakes is unacceptable. We, the public, expect openness and honesty from the utilities we entrust with the responsibility of a nuclear reactor plant. …

The NRC’s Petition Review Board is expected to announce its decision by mid-January. — C.D. Stelzer (cdstelzer@yahoo.com)

The NRC responded Jan. 31, 2011, rejecting Criscione’s request to reopen the investigation. The decision had been expected: A three-member petition review board, which heard Criscione’s testimony in mid-December, made an initial recommendation to reject it.

The IN, which discussed four incidents at four plants including Callaway, was signed by Thomas B. Blount, Acting Director, Division of Policy and Rulemaking, Office of Nuclear Reactor Regulation.

“One of the most important responsibilities of an on-duty licensed reactor operator and senior
reactor operator is reactivity management in order to maintain the reactor in the desired
condition, consistent with plant technical specifications, by properly anticipating, controlling, and
responding to changing plant parameters. Reactivity management involves establishing and
implementing procedures for operators to use in determining the effects on reactivity of plant
changes, and to operate the controls associated with plant equipment that could affect
reactivity. Before conducting planned evolutions involving reactivity changes (e.g., power
decreases and increases), although there is no specific NRC requirement to do so, many
licensee reactor engineering staffs prepare a reactivity management plan that helps control
room operators maintain the reactor in the desired condition by providing expected plant
responses and expected alarms. Required training is expected to give licensed operators an
understanding of facility operating characteristics during steady-state and transient conditions,
including causes and effects of temperature, pressure, coolant chemistry, and load changes, as
well as, operating limitations and their bases. Licensee post-transient reviews are important for
determining the cause of transients or unexpected plant responses and for taking corrective
actions, such as procedure changes and training, to prevent recurrence.

A more thorough analysis of the Callaway incident was prepared by the Union of Concerned Scientists on Nov. 4, 2010. It can be found at the UCS website at www.ucsusa.org.

OLD BLOGS: Egan’s Rats: Notes on a Notorious St. Louis Gang / John and Mack Rust  / Letters from G.I. Bill: He beats the Germans, gets his girl